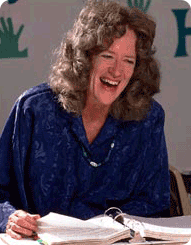 “I want to change the way kids learn. Parents and teachers need to understand that reading and writing go hand in hand. In fact I think writing is the most powerful, the most active, and the most interesting way to become fluent at reading. Students often see writing as a chore. They have so many things to say, but the mechanics of writing slows them down and stifles their enthusiasm. Read, Write & Type makes writing easy. And seeing kids boost their reading scores time after time with this program convinces me that writing is an absolutely magical route to reading!”

Jeannine Herron is a true visionary

A number of years ago, our nation released reports that reading instruction was failing an alarming number of students. During that time, Dr. Herron was traveling to educational conferences and meetings across the country presenting her talk, Just Married!, Phonics and Whole Language, telling her listeners that children needed phonics as well as whole language to master reading skills. Now research is stressing the importance of that very union. More recently, national studies have revealed an equally distressing failure in the writing skills of 5th and 6th graders. Many of our elementary school-age children are not getting the tools they need to master the written word. In Read, Write & Type and Wordy Qwerty , Dr. Herron incorporates writing as a powerful pathway to reading – a revolutionary concept in reading instruction. Children are bursting with thoughts and ideas, and with our programs, they read as they write, and write as they read, gaining confidence in self-expression, and developing a life-long love of books and learning. Click here for information about Jeannine’s latest book, MAKING SPEECH VISIBLE

Co-Founder and Program Director of the first Head-Start Program in the U.S. 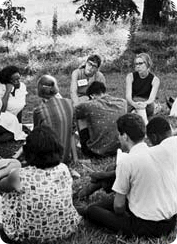 Dr. Herron has been involved in children’s education since 1955. Her deep and abiding belief that children are our most precious asset and that their welfare and growth must be at the heart of every choice we make as adults has informed her work for over forty years. This mother of two and grandmother of five has been teacher, activist, research scientist, adventurer, editor, writer, and educational software developer, and shows no signs of slowing down. She began her career as an American teacher in the mid-fifties, teaching English, Mathematics, and General Science to middle and high school students in Ramallah, Jordan. It was there that she met her husband, Matt Herron, an American photojournalist, also working as a teacher overseas. They were married in Beirut, Lebanon in 1956. Seven years later, she and Matt, and their two small children moved to Mississippi to be active in the civil rights movement. It was there that Jeannine became Co-founder and Program Director of the first Head Start project in the United States, the Child Development Group of Mississippi, an organization that served over 5,000 children.

Jeannine Herron received her Ph.D. from Tulane University Medical School, and went on to Stanford Research Institute as a neurobiologist and neuropsychologist. In 1974, she was awarded a research fellowship from the National Institute of Health (NIH) to investigate the cerebral organization in left-handers, right-handers, and ambidexters. This research culminated in the publication of her book,Neuropsychology of Left-Handedness, by Academic Press in 1980. From 1976 to 1984 she continued at Langley Porter as research psychologist, contributing to all aspects of a large NIH-funded project studying the correlates of dyslexia.

1970: Jeannine takes the helm on voyage to West Africa

Embarks on Voyage to West Africa

In 1970, Jeannine and Matt, with their children, Matthew, age 13, and Melissa, age 11, sailed Aquarius, their thirty-foot sloop, from New Orleans to West Africa. For a year and a half, the Herrons visited countries from Mauritania to Ghana, including a 300-mile inland trip up the Gambia River. It was an experiment in alternative education for the children who read more than 100 books, learned to type, studied French, math, marine biology and navigation, while absorbing geography and African culture. Matthew and Melissa were encouraged to keep a journal of their thoughts and experiences. This activity underscored Jeannine’s view of writing as a powerful educational tool, and led to the book The Voyage of Aquarius, a fascinating account of their travels authored by all four members of the family. The book was published in 1974 by EP Dutton.

The log that Matthew (age 13) wrote as the family sailed down the coast of Africa has been incorporated into a book of photographs about the journey entitled Our Big Blue Schoolhouse. It is aimed at middle school readers, and describes what and how the youngsters added to their knowledge and life skills during the 16 months of travel.

Her experiences with children in Mississippi, her history in the classroom, her research in dyslexia, and her discoveries from teaching her own children to write, fueled her desire to develop practical tools to help children learn to read and write. In 1982, she established California Neuropsychology Services (CNS), a non-profit organization whose purpose was to research and develop teaching tools and host seminars across the country. CNS seminars informed teachers, speech pathologists and psychologists about the most current research on the brain and how it influences learning and behavior. Dr. Herron and her staff at CNS investigated how computers and existing software could be used more effectively in all aspects of education. Recognizing the potential of computers as non-judgmental tools for mastering the basics in the sometimes frustrating task of learning to read, she set out to find the best in educational software for early readers. Finding no writing-based software that was both engaging and educationally sound, she spent twelve years developing Read, Write & Type (the prototype was the Apple computer program, Talking Finger). A grant award from the National Institute for Child Health and Human Development (NICHD) in 1998 launched Talking Fingers, Inc., the CNS subsidiary. NICHD funds were used to in the development of new materials and the research for the new Read, Write & Type. Dr. Herron has published journal articles in Science, Brain and Language, Journal of Electroencephalography, Journal of Learning Disabilities, Neuropsychologia, and International Journal of Neuroscience, and a feature article in Psychology Today. She has been a contributing editor forScience and Brain and Language, has led many workshops for teachers, and has lectured widely.